One Thousand and One Nights of Wishes

Toronto, November 20, 2007 – Wishes come true on Thursday November 22, 2007, at the second annual One Wish gala in support of the Make-A-Wish® Foundation of Toronto & Central Ontario at The Carlu (444 Yonge Street).

Make-A-Wish® mission is to grant wishes, to create hope and happiness for children with life-threatening illnesses. Having a wish granted gives a child the chance to take a break from being sick and enriches the human experience with hope for today, strength for tomorrow, and joy to last a lifetime. The One Wish gala promises an “Arabian Nights” inspired event, taking guests on magic carpet ride for a fabulous evening of decadent dining, exciting entertainment and one-of-a-kind live auctions hosted by Make-A-Wish® Spokesperson and Gemini Award-nominated actress Ellen Dubin, who has appeared on both the big and small screen. Ellen is a series regular on The Collector series; recurring on the Lexx series and can be seen in the award winning, comedy feature, Napoleon Dynamite.

This fabulous night will once again be hosted by the charismatic Ben Mulroney, from CTV’s eTalk, with outstanding entertainment that includes performance by multi-platinum selling artist Chantal Kreviazuk and the very popular Jully Black who will perform her smash hit – 7 day fool. Highlights of the live auction include: three stunning pieces of jewellery from Rasko Diamonds; a luxurious weekend for two at the Park Hyatt’s Algonquin Suite; tickets for 12 to a private suite at the Rogers Centre for a Blue Jays Baseball game; a Sony home electronics package complete with camera, printer, computer, and video walkman; and one night for two in Niagara-on-the-Lake by private plane ride to stay at a vintage hotel, with tickets to the Shaw Festival.

The Title Sponsor again this year is Rosseau Asset Management. Established in 1998, Rosseau is a leading Toronto-based alternative asset management firm that caters to the needs of high net worth and institutional investors. The Harbour Group – a subsidiary of RBC Dominion Securities joins us as our new Presenting Sponsor this year. Disney is returning as the Presenting Sponsor for this gala event and is the No.1 wish supporter for the Make-A-Wish® fulfilling more than 6,000 wishes each year for children with life-threatening medical conditions. The Entertainment Sponsor is McGregor Socks, who is a major partner with Make-A-Wish® Toronto & Central Ontario, the Cocktail Reception sponsor is the Investment Planning Counsel and the Raffle Sponsor is Heys.

Make-A-Wish® of Toronto & Central Ontario invites you to be a part of the One Wish gala and Share the Power of a Wish®. 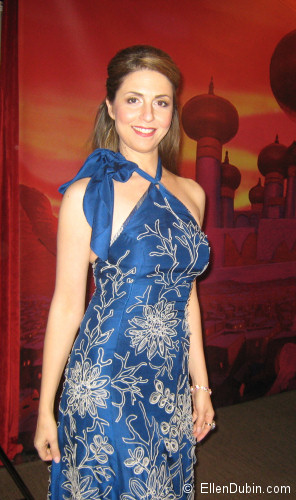 The spokesperson for the Make-A-Wish® Foundation – Toronto and Central Ontario, Ellen hosted the LIVE AUCTION portion of the MAKE A WISH GALA.

Her gown is by RANNA GILL – India’s top designer from a store in Toronto called INDIVA DESIGNS. Ellen wore it to host the Make-A-Wish® event on November 22, 2007. 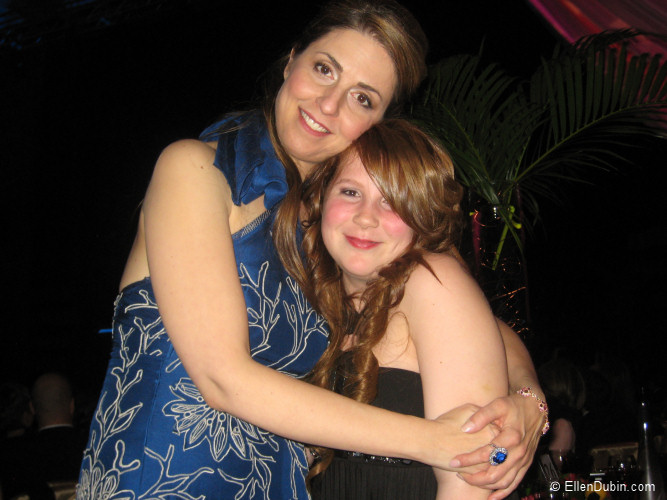 Ellen with the Make-A-Wish® Child, Francesca 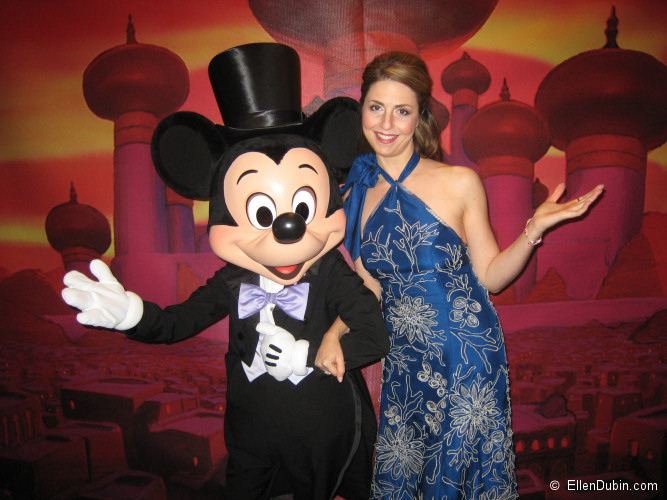 Ellen poses with Mickey Mouse at the Make-A-Wish® Gala

Ellen says: “I am so proud and honored to be working for this fabulous organization.”

Ellen will also be part of a major charity event on November 22, 2007 in Toronto. 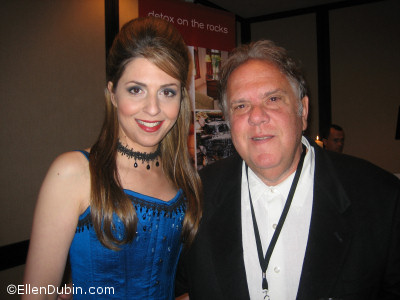 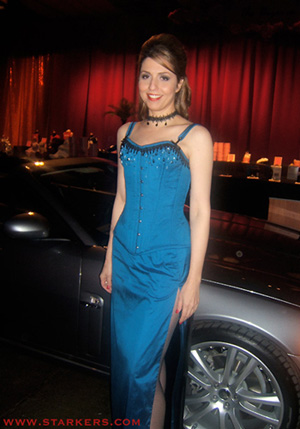 Ellen writes: “This is a wonderful site. Met these fabulous women at GATECON. Very worthwhile cause, supplying stuffed bears to hospitals”

When available, Ellen does work for the homeless at the Mission.

A DOCUMENTARY OF THE CHARITABLE WORK THAT IS DONE AT THE LA MISSION CALLED “HOMELESS IN AMERICA” WON BEST SOCIAL DOCUMENTARY AT THE NEW YORK INDEPENDANT FILM FESTIVAL. 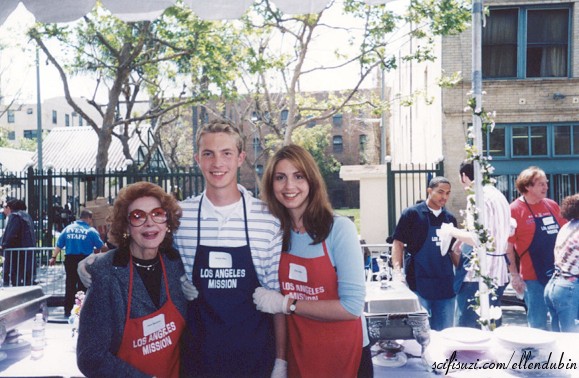 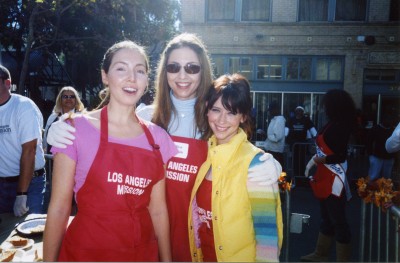 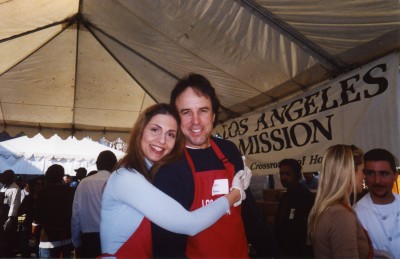 Ellen at the Mirror Ball to raise money for the world renowned HOSPITAL FOR SICK CHILDREN in Toronto. 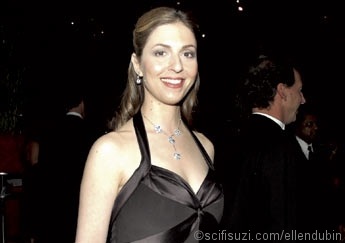 For more information on Ellen Dubin’s charity events,  go to www.wireimage.com and type in “Ellen Dubin” and you will see the various events she participated in with other celebrities.