Ellen had a great time at Comic Con International, which ran from July 24 – 27. 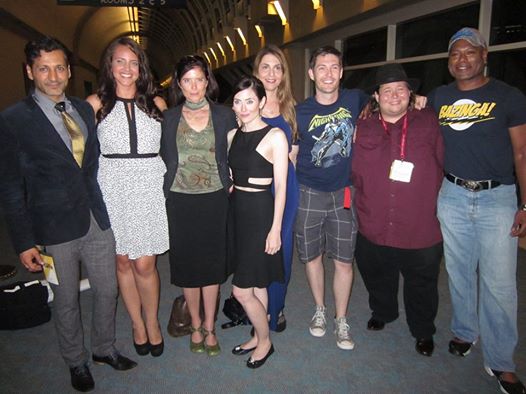 Ellen said, “The fans at SDCC are unbelievably generous. Here is a picture of our signing booth with two amazingly dressed fans! Thanks to my fellow actors Christopher Judge (who had just left),Torri Higginson, Doug Jones, Darren Jacobs and James Kyson who made this day so fun! — with James Kyson and 3 others.”