Spotlight on:
The Milk Maid 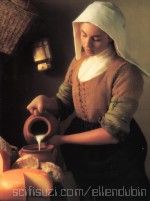 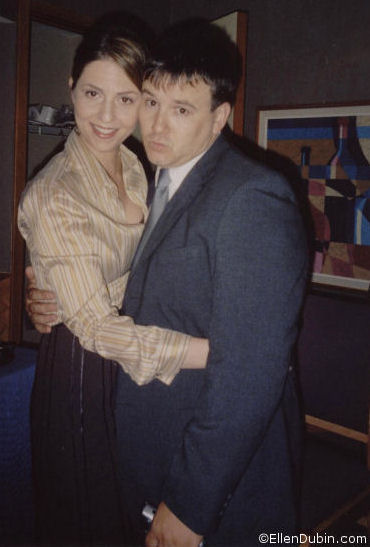 Ellen and Craig Lauzon on the set of “BULL.”

Ellen filmed “Bull” in Toronto, Ont. Bull is a darkly comic murder-mystery taking place in the heatwave-baked skyscraper canyons of the Toronto financial district, about a hapless stockbroker who gets caught up in a twisty web where no one, absolutely no one, is telling the truth. 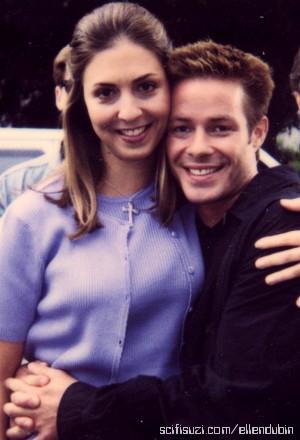 Ellen as Sarah in the climactic scene of ELIXIR in “First Wave.” 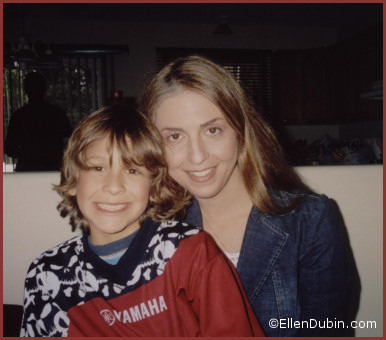 The half-hour series is a collection of stories capturing the unique charms, the character, and the quirky humour of Wapahoo – a fictitious remote Cree community. The whimsical and unique life-affirming culture of the Cree is at the very center of these stories as the people in them go through the daily trials and tribulations of their lives. Through it all, the show covers universal themes known to all audiences regarding lessons learned, experiences gained, and hearts swelled and mended.

Ellen Dubin plays a young school teacher, Amanda Jenkings, who moved with her son to a Native Cree community. She has to learn to adjust to a whole new way of life as well as as start dating again.

Ellen in this wonderful short film, finished Nov. 25, 2007.It is a lovely tale of fate and love, shot in Toronto.

Ellen says, “It was mostly shot outdoors in the bitter cold, but I had a great time!” 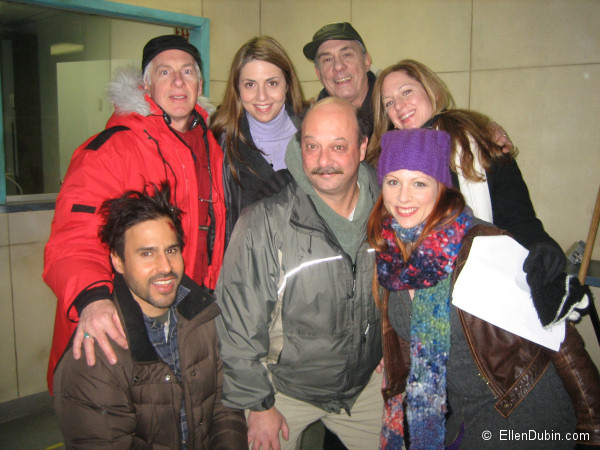 A cast photo of the BRAVOFACT short film LOST AND FOUND.

Press Release: “Toronto, Ontario – macIDeas in association with Seventh Stage Productions and Magnetic Film & Digital have pulled together an incredible creative and technical team to shoot the Bravo!FACT funded short Lost & Found on the infamous ‘Red Camera’ (www.red.com); the world’s latest and most exciting development in film technology.

When an engagement ring is lost and subsequently found, three lives are connected: Andy, an emotionally raw young man; Beth, the girl who broke his heart; and Lise, a cynic who doubts that she will ever find love. Deeply affected after she witnesses the accidental reunion of Andy and Beth, Lise considers the idea of fate for the first time. Pete, the wacky Lost & Found manager, throws some humour and wisdom into the mix.

Marcello Cabezas, Producer and brain-child behind the project, has been gathering this troupe for over a year. “The process began with an idea I’d had about the stories behind the items of a Lost & Found. I was in LA at the time and presented the idea to writer Alex McNally (Disney and Warner Bros Writer’s Workshops), and she brought the spark to life amazingly. From there I began pulling the team together.” 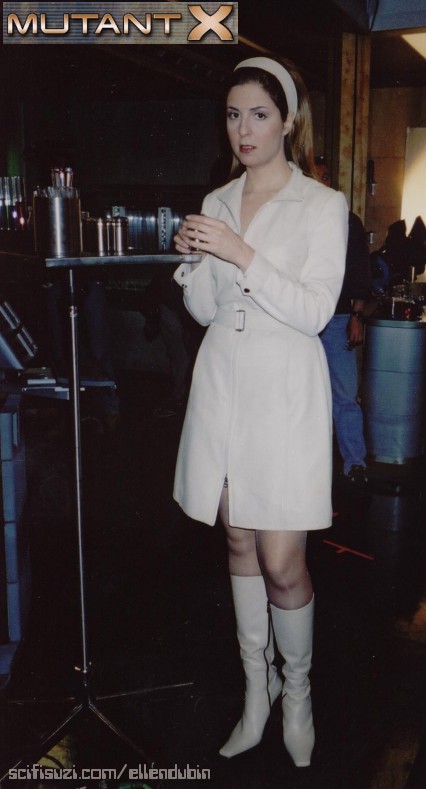 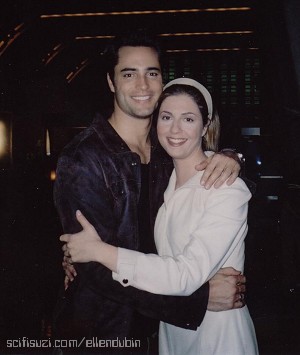 Victor Webster, with Ellen Dubin, on the set of Mutant X. 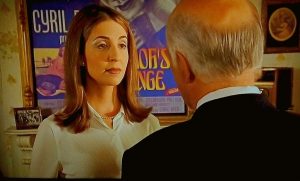 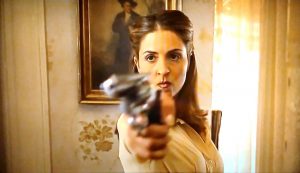 Ellen Dubin as Raven a stripper/con artist in Secret Service. 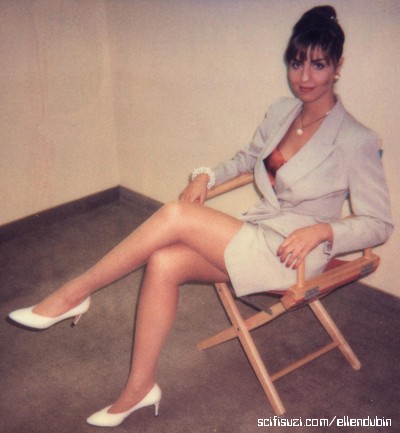 Ellen as Raven the stripper/con artist in a suit disguise. She played nine different roles on Secret Service for NBC.

Ellen has finished shooting in Hamilton, Ontario her first episode of Black Hole High and it is called “Equation” Ep. # 2.9. She plays Coach Carson, the basketball coach of the girl’s team for this kids, Sci-Fi series. Subject to availability, Ellen will be recurring. The show airs on NBC in the States. 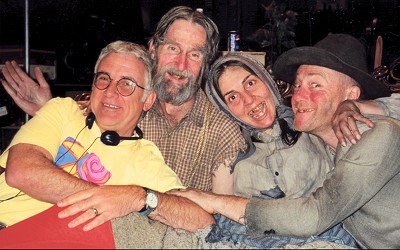 This is a comedic picture of Ellen as hillbilly Ma McAddams
(black tooth and all) with her cast and director in the “New Addams Family.”

Ellen at The Resolve premiere 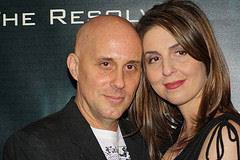 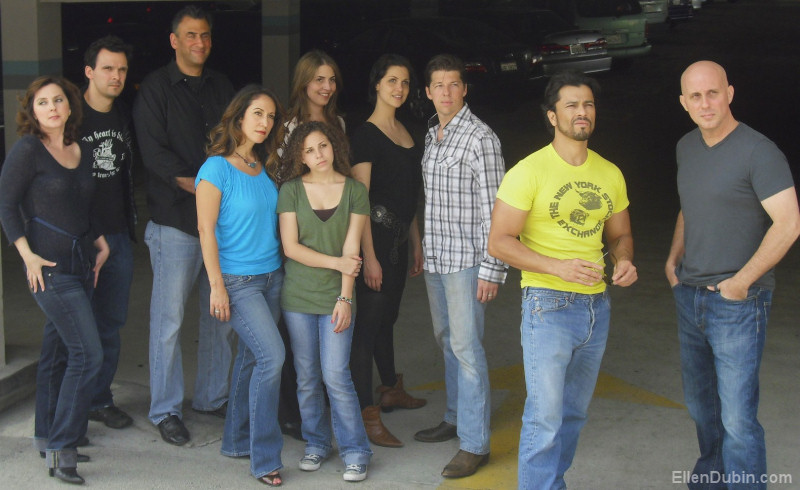 The cast of The Resolve 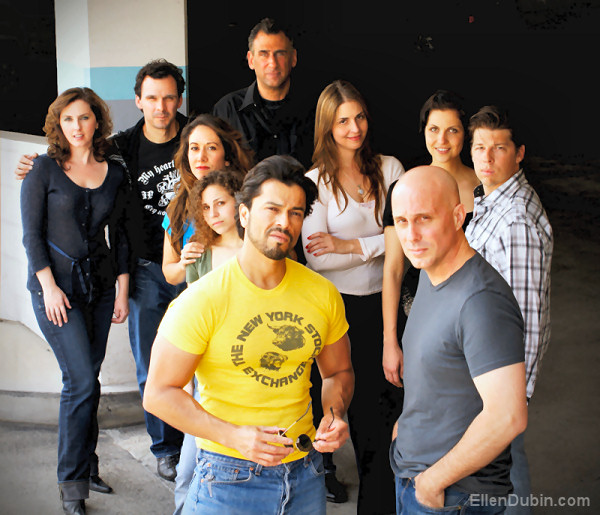 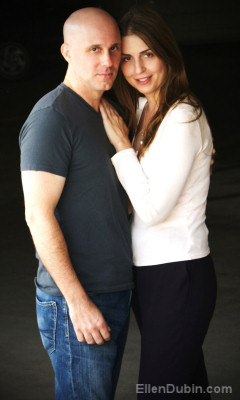 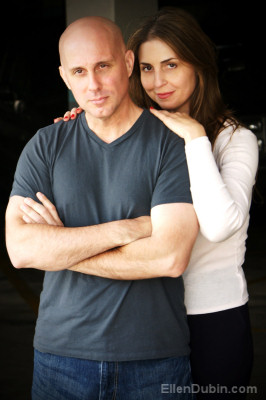 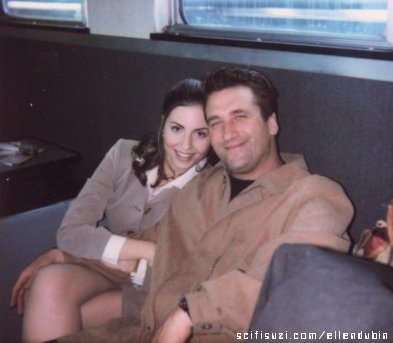 A candid shot from the movie, ” Tunnel” directed by and starring Daniel Baldwin. Ellen played Megan, the lawyer.  The film was shot on a train. 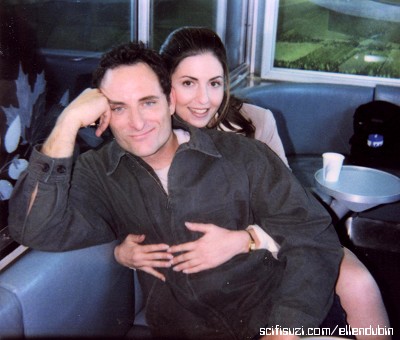 Another candid shot  from the movie, ” Tunnel.” Ellen as Megan, the lawyer,
pictured with Kim Coates, as Geary, her client. 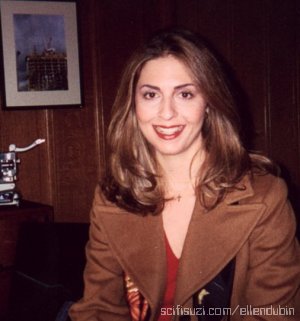 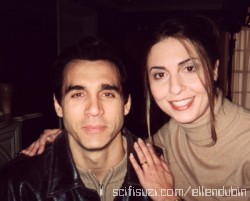 Highlander’s Adrian Paul as Cole and Ellen Dubin as Abbie in Tracker. 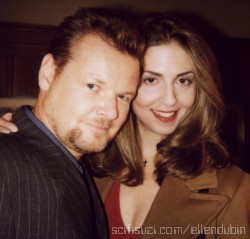