The Time Is Right

One decision can mean the difference between life and death.

When you lose someone you love, you’d do anything to have that person back. What if you could do it all over again?

What if you could change their fate?

What would you be willing to do?

How far would you be willing to go?

The Time Is Right is a one-hour science fiction drama, about a twisted game show that takes place in the dystopian near future. Each week, two contestants step through the Chronosphere™ and travel back in time, determined to save a friend or family member from unspeakable tragedy, personal ruin, or even death. Winners keep their corrected timeline… Losers endure the horror of reliving their past, or worse… All in front of a live studio audience!

The Time is Right also follows the lives of the people behind the scenes.

“Better luck next time, right? Except there isn’t a next time, this was your one chance to save your son and you blew it. But, head back stage and we have a selection of consolation prizes waiting for you including a year’s supply of anti-malaria drugs!”

Host SYD LAMBERT (Sebastian Spence) is the face of The Time is Right; loved and hated in equal measure by the audience, and by the lucky contestants chosen to walk across his stage. After addiction destroyed his career as a rising star, Syd was lucky to land the job. Sober for five years, he’s bitter about what he’s lost… Although the true cost of his personal and professional failures has yet to be revealed.

“We’re not here to make value judgments on the worth of a human life, we’re here to get ratings.”

Producer VERITY NEWMAN (Ellen Dubin) doesn’t pull punches when it comes to making sure her show stays on top. Ruthless and determined she’s sacrificed a lot to get here — maybe more than she realizes. Despite her tough exterior, Verity is a complex and troubled woman; haunted by a recent and significant personal loss which, due to company rules, she’s not allowed to “undo”. But we all know that rules were made to be broken…

“Nothing is impossible, Ms. Newman.”

Production of program is made possible by funding from the Walton-Cheng Consortium, one of the last vertically integrated companies on earth. Walton-Cheng is quiet and mysterious, but heavily involved in the production behind-the-scenes through the eyes and ears of MR. CHEN (Russell Yuen) a “fixer” sent to oversee operations and ensure that WCC’s mandates are met. Mr. Chen’s intentions towards Verity and her team are never clear, but his meddling complicates operations on a regular basis.

The Time Is Right 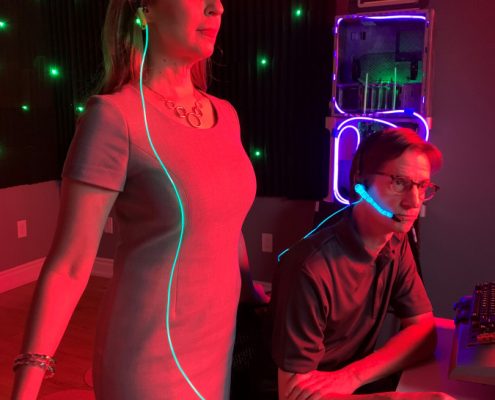 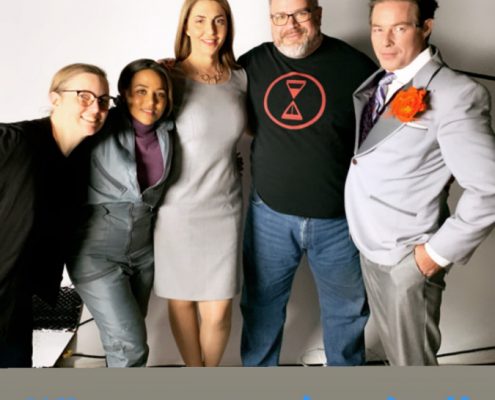 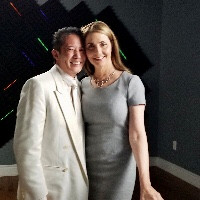