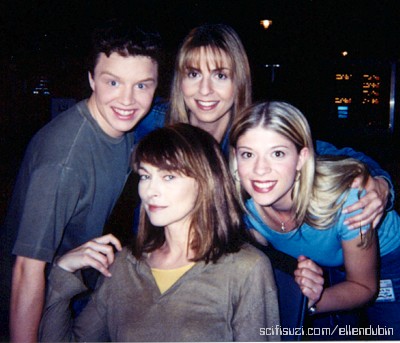 Meteorologist Valery Landis (JOANNA PACULA) fears the worst when her hometown of Bell’s Point is assaulted by a raging torrent of deadly lightning storms. Unable to convince her superior, Chancellor Collins, of the seriousness of the growing threat, she soon discovers that similar storms in the upper atmosphere are coalescing from Tokyo to Munich. 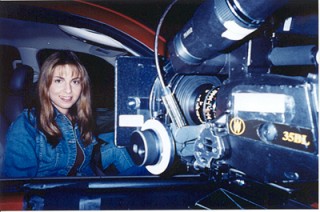 Valery attempts to impress upon the tough-as-nails General Fields (NICK Mancuso) of the Joint Chiefs that – if left unchecked – the storms could lead to massive worldwide destruction. She feverishly works in tandem with determined husband Mark, who is away on assignment in the North Pole, and her prodigy son Jeremy, as they race to devise a solution to eradicate the superstorm.

Set against this stormy background is a family subplot of Valery’s sister Gail (Ellen Dubin) coming out of prison after 15 years to claim her biological son Jeremy who was adopted by Valery and Mark.

After General Fields refuses to support their dangerous plan, they risk career, reputation and indeed their own lives to try and save mankind – before it’s too late

Ellen as Gail, on set